Last week was a very busy week for our Ransom Road Campus, not only did they receive a visit from His Royal Highness Prince Harry and Meghan Markle, they also enjoyed a celebratory evening as pupils Rashid Alakkari (year 11) and Kayleigh Tate (year 10) attended the Nottingham Post Education Awards. Principal Mr Kulaya and Head of Maths Mrs Dalziel joined the pupils and their families to celebrate their success. The evening was hosted by Dino and Pete of Capital FM fame.

Kayleigh was shortlised in the 'Beating the Odds' category after being nominated by Mrs Dalziel. Kayleigh has cerebal palsey, despite the challenges this poses for her day to day, she is a 'ray of shinshine' she works hard and enjoys school. Mrs Dalziel wrote in her nomination that Kayleigh always wants to help, whether that is pupils or teachers. Kayleigh is a fantastic example of our school ethos, she respects herself and her own learning, whilst respecting others and offering support.

Rashid joined Nottingham Academy with very little english after leaving war torn Syria with his family. Now settled in the UK and fluent in English after working exceptionally hard at the Academy, Rashid is making great progress, and is set to accomplish good GCSE results in the summer. Rashid wants to be a dentist in the future and he works hard on his dream to achieve this. Rashid won the award for the 'Most Improved' learner.

The awards evening saw many pupils and teachers awarded across Nottingham including another Nottingham Academy Sixth Form student Kelsey Shaw! We hope to have many more inspirational pupils nominated again next year. 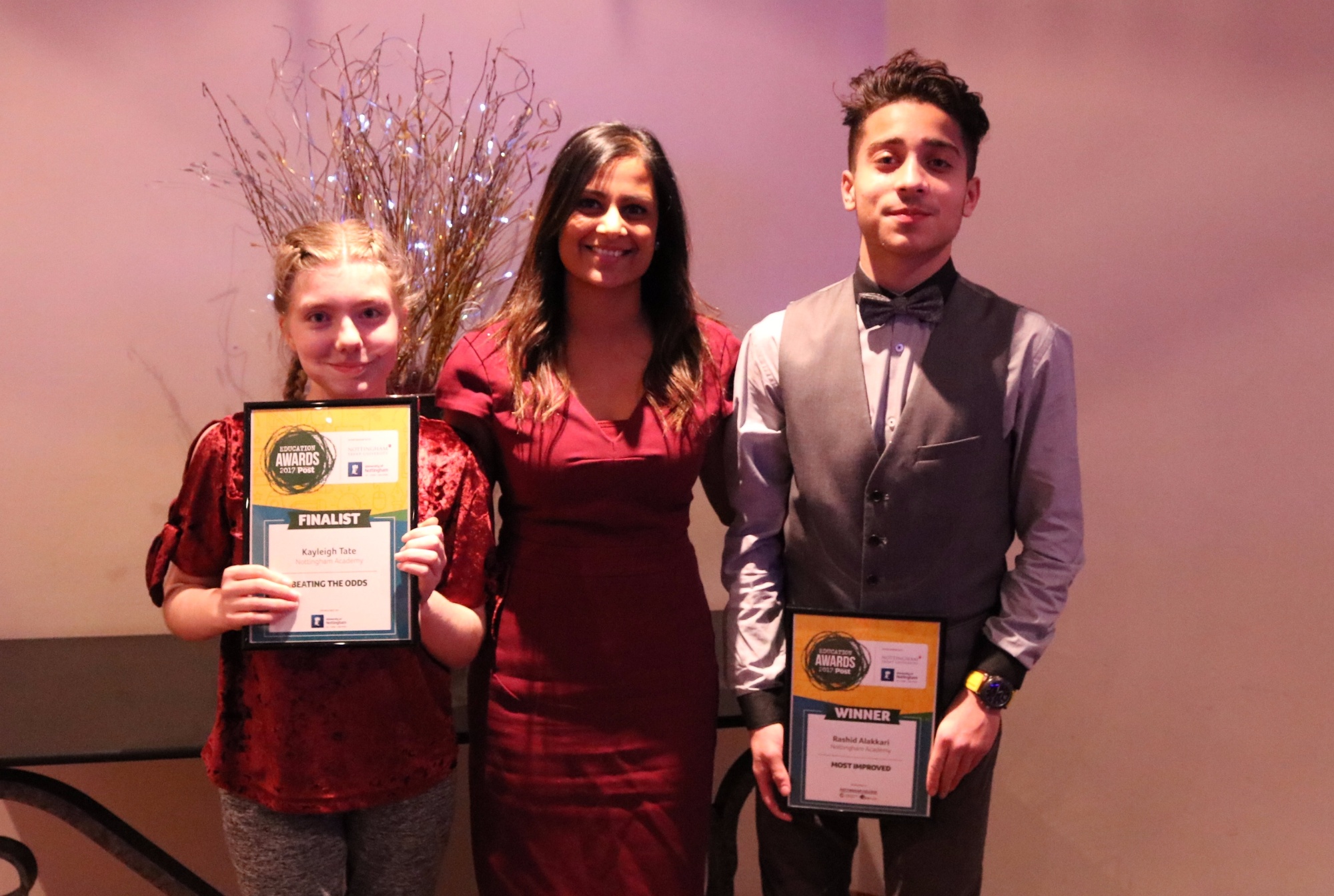